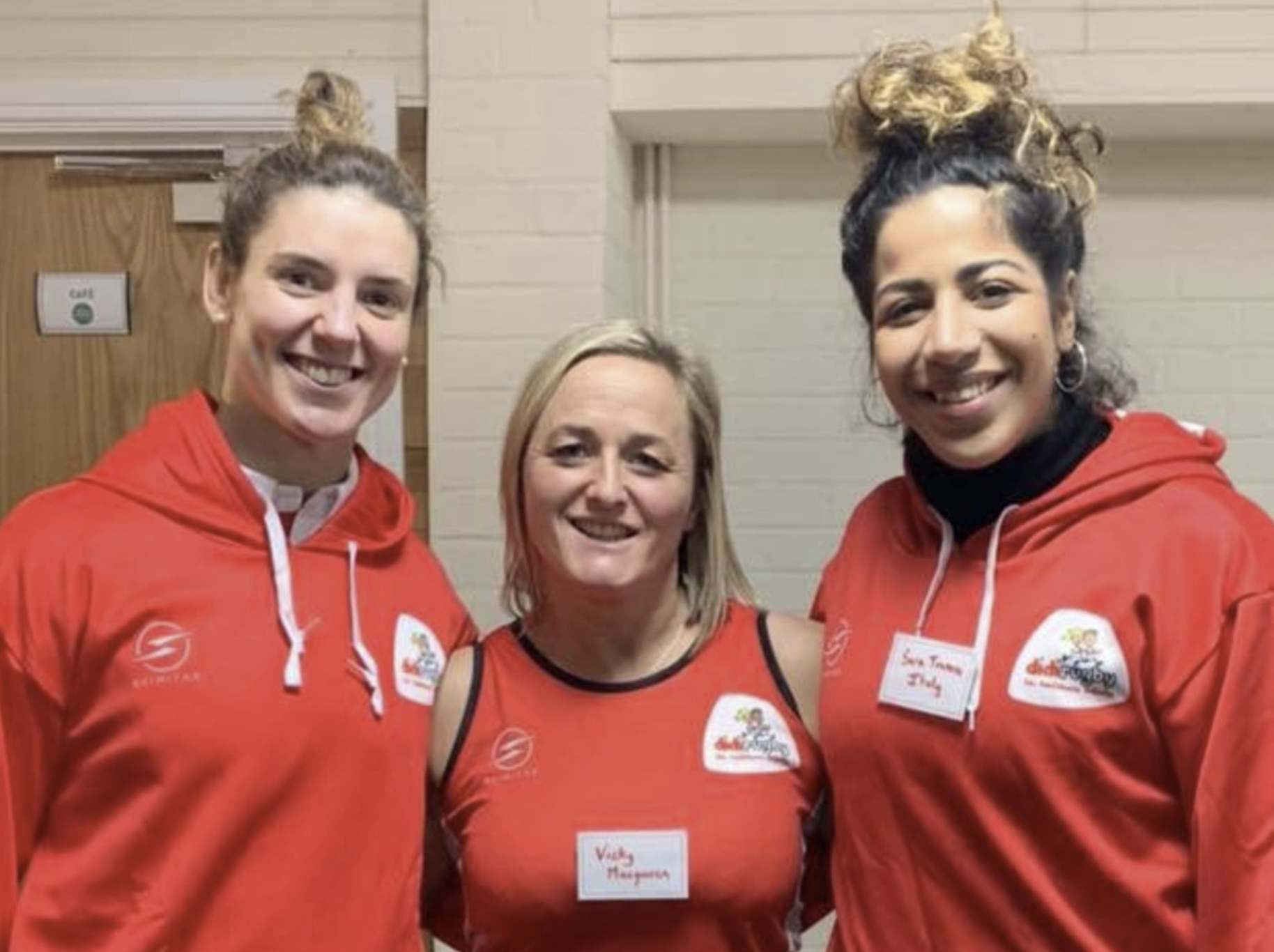 England captain and didi rugby ambassador Sarah Hunter spoke passionately about her career and the personal drive she has needed throughout it when she addressed franchise owners at didi rugby’s annual conference in Hinckley.

The 34-year-old, who has an incredible 119 caps ahead of this year’s upcoming Women’s Six Nations has been a didi rugby ambassador since the early days of the business.

She played the early days of her career with didi rugby CEO and founder Vicky Macqueen when Vicky was coming to the end of her time as an international.

The Loughborough Lightning No.8 said she was happy to break away from her preparations for the Six Nations to address franchise owners from across the UK and give them some ideas of what it takes to get to the top – and try to stay there.

“We spoke about my experience in rugby and how I have managed to achieve a few things but we also spoke about the setbacks I have been through and how sport and business often correlate on that front,” said Sarah.

“It is often a rollercoaster ride overcoming setbacks and then setting goals to remind yourself what you want to achieve and how you are going to get it back on track.

“I feel passionately about didi rugby. It was an easy decision to get involved with it after I had heard Vicky’s ideas.

“When I saw her vision, that sold it for me. Not just for the fundamentals around getting young children to be fit and active – but also to help them interact with other kids. That bigger picture is very important for young children.

“I love rugby and have played since I was nine but I didn’t have that opportunity to play it at a young age. For young children to learn all these skills at didi rugby and catch the rugby bug is important.

World Cup winner Sarah was awarded an MBE in 2016 for her services to the game and also became World Rugby Women’s Player of the Year in the same year.

More recently, she led England to a Six Nations Grand Slam last season, her latest medal in a glittering career.

“It was amazing that Sarah found the time to come and speak to our didi franchise holders at such a busy time for her,” said Vicky.

“She has always been a fantastic advocate of what we are trying to do and we are very grateful for her continued support not only to our classes but also our franchise holders and coaches who are implementing the vision we have to get children active while having fun and growing in confidence.”