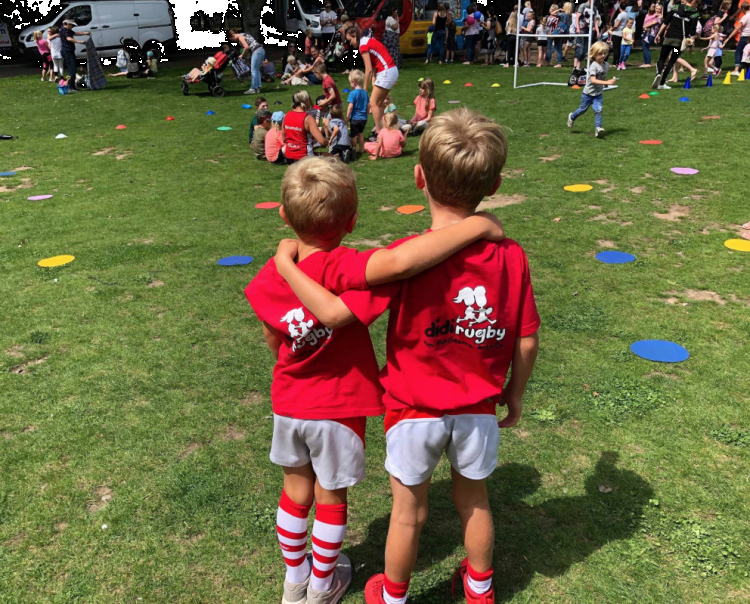 didi rugby classes in the Coventry and Warwickshire areas are coming back with a bang.

Andy Fox, the Mini & Junior Chairman at Old Leamingtonians RFC will be rekindling old classes and starting plenty more new ones in the area too.

To begin with, didi sessions previously run by Kiri Bennett before she moved out of the area, will start again at Old Leamingtonians RFC as well as St Martin’s Church Hall in Finham.

Andy is currently working with several venues across the Coventry and Warwickshire area to launch further classes during the rest of 2021.

His passion for didi rugby could not be stronger, not only because of his role of encouraging youngsters to play the game at his club but for the role the sport has had in bringing his own son out of his shell.

Andy always enjoyed rugby as a child but really got back into the sport when his son Henry joined the U6’s at local club Old Leamingtonians RFC.

“He absolutely loved it and quickly made a good group of friends,” said Andy.

From starting in the Under-6s, Henry is now 12 and still loving his rugby. He is not the only one with Andy’s other son, Isaac (8) now playing in the younger age groups.

Andy’s involvement in the club has grown as his sons have progressed and he is now the chairman of one of the largest mini and junior sections in Warwickshire, made up of over 450 children and 70 coaches covering age groups of U6-U16s.

It’s a position that has enabled him to build links with many other clubs’ mini and junior set-ups in the area and Andy hopes that will enable him to spread didi classes far and wide.

didi rugby is always keen to build partnerships with local clubs so that there is clear pathway for a child to keep playing the game when they turn 7.

“I have got good connections with the clubs in my area from my time at Leamingtonians. There are lots of positive conversations being had already as we start to grow didi rugby in the area.”

Details of re-launches and new classes will follow soon and launches at Old Leamingtonians and St Martin’s Church Hall are expected in mid-June.

For more information and to book your child in for a free taster session at any of these classes, please contact andy.fox@didirugby.com.