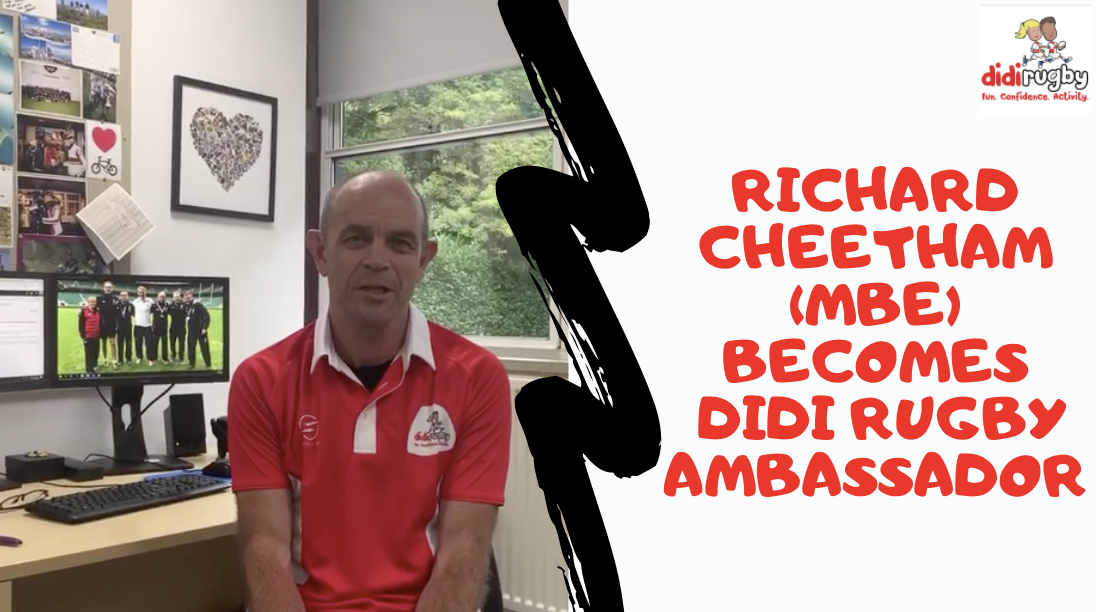 Richard is a senior fellow in sports coaching at the University of Winchester and has built up an incredible reputation for creative thinking within the industry.

He has been at the University of Winchester since 2005 and is known for a more holistic approach to coaching during time with Fulham FC and Gallagher Premiership club, Saracens.

He has gained recognition nationally and internationally within coach education and has been an invited speaker for British Cycling, Cycling Ireland, England Handball and the England Cricket Coaches Association.

Since May 2014 he has worked with the UCI World Cycling Elite Coach Education Programme in Switzerland.

Richard knows didi rugby CEO and founder Vicky Macqueen (Level 4 RFU coach) through the coaching sector. He says he is delighted to throw his support behind didi’s ethos to get young children active, having fun and building confidence from a young age.

“The influence of a positive experience of sport and physical activity can last a lifetime and a child’s early years’ experience of both is critical,” says Richard.

“Their experiences shape attitudes, behaviours and can enable them to build confidence, have fun, make new friends and learn new skills in a safe and supportive environment.

“This is at the heart of the didi rugby philosophy and shows the importance they place on providing a setting which embodies these.

“It is an initiative that I feel very proud to have been invited to be an ambassador for and as a coach and coach educator, the approach taken here is one I fully endorse.

“The interests of the child are at the heart of their work with a great programme design and a wish for those children to reflect upon an enjoyable experience and create a thirst for wanting more.”

Vicky said: “We have some amazing ambassadors at didi rugby who have played the sport to the highest level. But to get the support of someone with such a great reputation on the coaching side of sport means a lot too.

“Richard’s record speaks for itself, he is a wonderful man and is very passionate about what we do and the reasons behind why we do it.”

Read more: didi rugby is booming post-lockdown after plans to ‘survive, then thrive’.