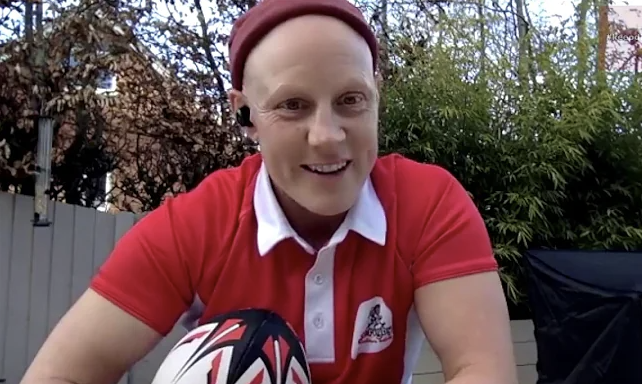 Ex-England Sevens and GB Olympian Heather Fisher says she is excited to meet new didi stars of the future when she takes part in the grand launch of didi rugby Cornwall on Saturday 21 August.

The didi rugby ambassador will be part of a fantastic morning of entertainment that is planned for Boscawen Park in central Truro from 9am.

Fisher will join didi rugby founder and ex-England international Vicky Macqueen as well as the mayor of Truro. didi mascots Dougie and Daisy will be there to bring fun and mischief to the day too

Games will be run by the new Cornwall coaching team, led by Matt Bosley, that has been assembled to take didi rugby across the rugby-mad county.

Free taster sessions are available on the day for anyone that wants to bring their child along, join in and have some fun. Regular classes will begin the following week at Truro Scout Hut.

Heather said: “We know how passionate the people of Cornwall are about their rugby and I am really excited that didi rugby is launching in this part of the world with a great team behind it.

“As an ambassador of didi rugby, I am right behind the values and ethos of providing fun, activity and enjoyment for the children who attend our classes.

“Not only that, but we know from classes across the country that didi is also a great way for young children to build friendships and grow in confidence.

“I am looking forward to meeting some new faces so come on down and have some fun.”

The launch will feature age-appropriate games and fun based around the sport rugby will plenty of other attractions.

Book your child’s place to meet Heather and the while didi rugby team….

Find out more about Boscawen Park in central Truro.