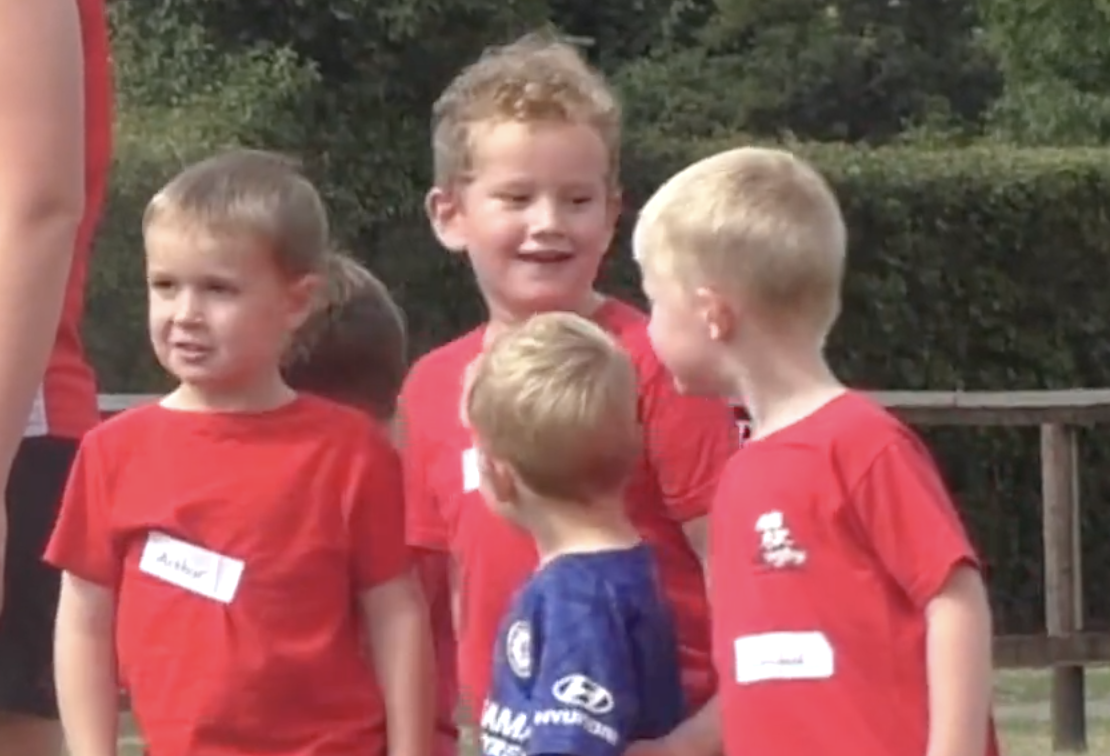 It is no wonder mum Sally Nash is beaming when she tells the tale of her son Tommy Oliver’s battle with Hypermobilty Syndrome.

The five-year-old from Bramley near Basingstoke has a condition where bodily joints easily move beyond the expected range.

As a result, it can be hard to control those joints and they can dislocate easily. Hypermobility Syndrome can also lead to pain, chronic fatigue and a host of other challenges at times too.

With that in mind, it was with trepidation that Sally first took Tommy to a didi rugby class some 18 months ago.

Now, he is thriving. And Sally is grateful for everything that has happened to her lad during his time in a didi rugby shirt.

“When he first started, he couldn’t walk in a straight line, let alone run in one and,” said Sally. “Now, with the help of his didi coaches, he is fully active and runs around taking part in everything. He absolutely loves it.

“His confidence has grown in a massive way. Previously, he would hardly ever leave my side but now we have friends round to play and that is great to see.

“He loves his coaches and calls them didi Donna and didi Caitlin. Tommy often talks about them and we sometimes use them to help change his behaviour at home! We say if he doesn’t improve, we are going to tell didi Donna! It works too.

“He sulks if we have to miss a session for whatever reason. He loves it. It is fun and he is often upset when they are finished.

“The free taster sessions helped us get him into it. At many clubs, you have to book a term in advance but didi were really flexible and let us see how he got on and coped with the physical demands of the classes.

“They have been really supportive and if he has a bad day with his Hypermobility Syndrome, they alter what they do to make sure he doesn’t feel left out.

“He has come on so much with his motor skills through didi it is amazing. He loves it and we love it too.

One of his coaches is franchise co-owner, Donna Clark.

“Tommy always comes bounding up to us and into class with a big smile on his face and he is clearly thriving. His enthusiasm and giggle is infectious and if I could bottle it, I would,” said Donna.

“There is nothing he won’t try and through his determination and enjoyment of didi rugby, we have seen a huge improvement in his balance and coordination. There really is no stopping him. He is an absolute joy to coach.”

Read more: Tommy was in the news when he first started didi rugby too

What is didi rugby?