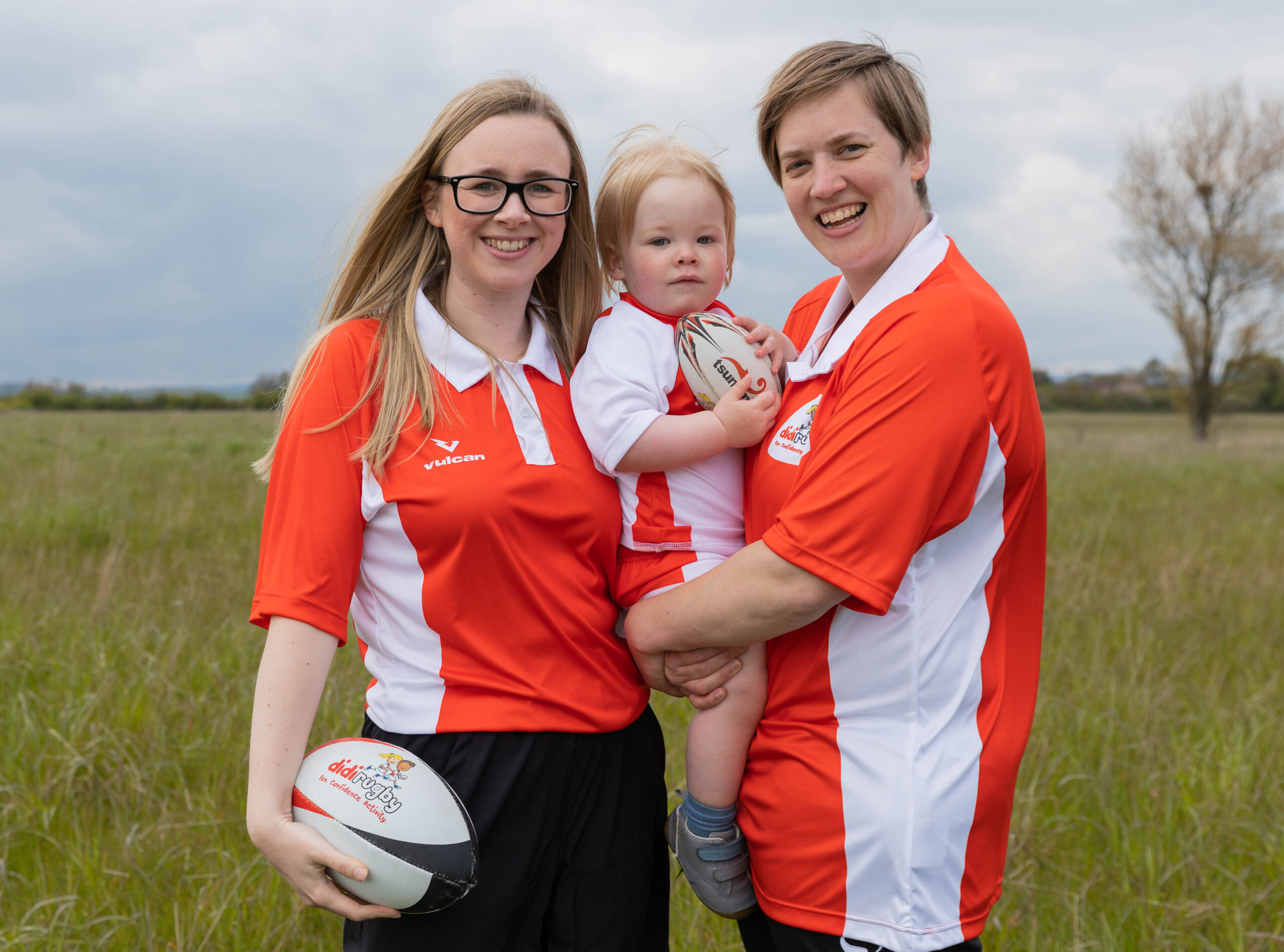 didi rugby Newcastle lead Hattie Elliott-Edwards is determined to give her son Oliver the opportunities she never had.

With an impressive rugby career behind her, she is keen to offer her son the chance to learn new skills and grow in confidence while doing something he loves at a young age.

Along with fellow lead Sophie Elliott-Edwards, Hattie is excited to get their new didi rugby classes in the north-east off the ground with some much-awaited classes day at Novocastrians RFC on Saturday 3 September.

It will be the launch pad for Oliver and a host of new members to begin a grounding that Hattie always wishes she has enjoyed.

“Our son, Oliver, is our biggest driving force,” she says.

“It’s about providing the opportunity for him and other children in Newcastle and the surrounding area to build confidence through rugby and play.”

“We both want to give Oliver and the other didi children the opportunities I had and the skills I developed throughout my rugby career, but were not available for me at his age.”

With Hattie having a well-rounded rugby background, she is really looking forward to promoting the teamwork, leadership, social skills and self-belief that she has developed through the sport, to young children.

Fluctuating between the first and second team at Lichfield rugby club, she played in the same team as one of our didi ambassadors, Heather Fisher. “I was never one of the greatest,” Hattie said. “But it was a great opportunity to play alongside them.”

Sophie and Hattie both agree that they don’t just see the business side to building a didi franchise, “it’s about didi rugby’s ethos,” Hattie said. “Bringing enjoyment in sport to young people. There was nothing like this around when I was playing, so we’re excited to provide this for other young children.”

With Newcastle being a very football-focused area, Sophie and Hattie are both excited to bring the sense of rugby community to the area.

didi rugby Newcastle will be partnering with Novocastrians RFC, with classes being held at the venue.

Having produced some of the best female rugby players, including didi ambassador Sarah Hunter, Novocastrians RFC are looking forward to welcoming didi rugby Newcastle to the family.

“The club are very proactive and family friendly,” Hattie said. “They have a very similar ethos to didi rugby and have built a lovely community with the rugby mums and dads who attend the club.

“Our longer-term goals are to spread further across Newcastle, but we’re looking forward to building a relationship with Novocastrians, promoting opportunity for young people.”

As the launch party of didi rugby Newcastle fast approaches, Sophie and Hattie are excited to bring fun and happiness to the children. “This is the start of an adventure,” Sophie said. “We want to celebrate the potential of what we’re doing.”

Bringing an exciting approach of children’s rugby to the North-East are rugby supporters, Hattie and Sophie Elliott-Edwards.

The local area is home to a Premiership Rugby club in Newcastle Falcons and the sport has grown hugely in popularity there over the past decade.

“Our son is our inspiration for becoming franchisees,” Hattie and Sophie said. “It is an opportunity we want for our son, who is a big driving force for us in bringing didi rugby to the North East.”

Hattie has previously played rugby with Lichfield Ladies RFC; starting off in the under 16’s and working her way up to the senior teams.

She had opportunities to play at regional and Premiership level, alongside some of the greatest players in women’s rugby. didi CEO, Vicky Macqueen and ambassadors Heather Fisher and Sarah Hunter.

During her time at Lichfield, Hattie coached under 18s and under 16s at the club at regional level.

“I’ve gained so much from rugby and truly believe in the holistic benefits the sport can provide,” Hattie said. “I put so much of my successes in life down to the mind-set, social skills, teamwork and self-belief learned when playing and coaching rugby.”

The other half of didi rugby Newcastle, Sophie, is a teaching assistant specialising in early years and Special Educational Needs (SEN) education. She will bring with her the knowledge and facilitation of the social and educational aspects that didi rugby incorporate, including relevant key stages for early years.

“I believe in the inclusivity sport and all the positives it provides for young children,” Sophie says. “This includes increasing physical development, teamwork, building social skills and, most importantly, having fun.”

Hattie and Sophie said: “We are looking forward to this new chapter and encouraging little ones to get active and to develop a love of physical activity from an early age.

“For our first venue, we have teamed up with Novocastrains RFC. They are a very proactive, friendly club and we are very excited to join forces with such a great club.

“Novocastrians already have a great junior section that any aspiring didi stars could progress to, after the age of six.” 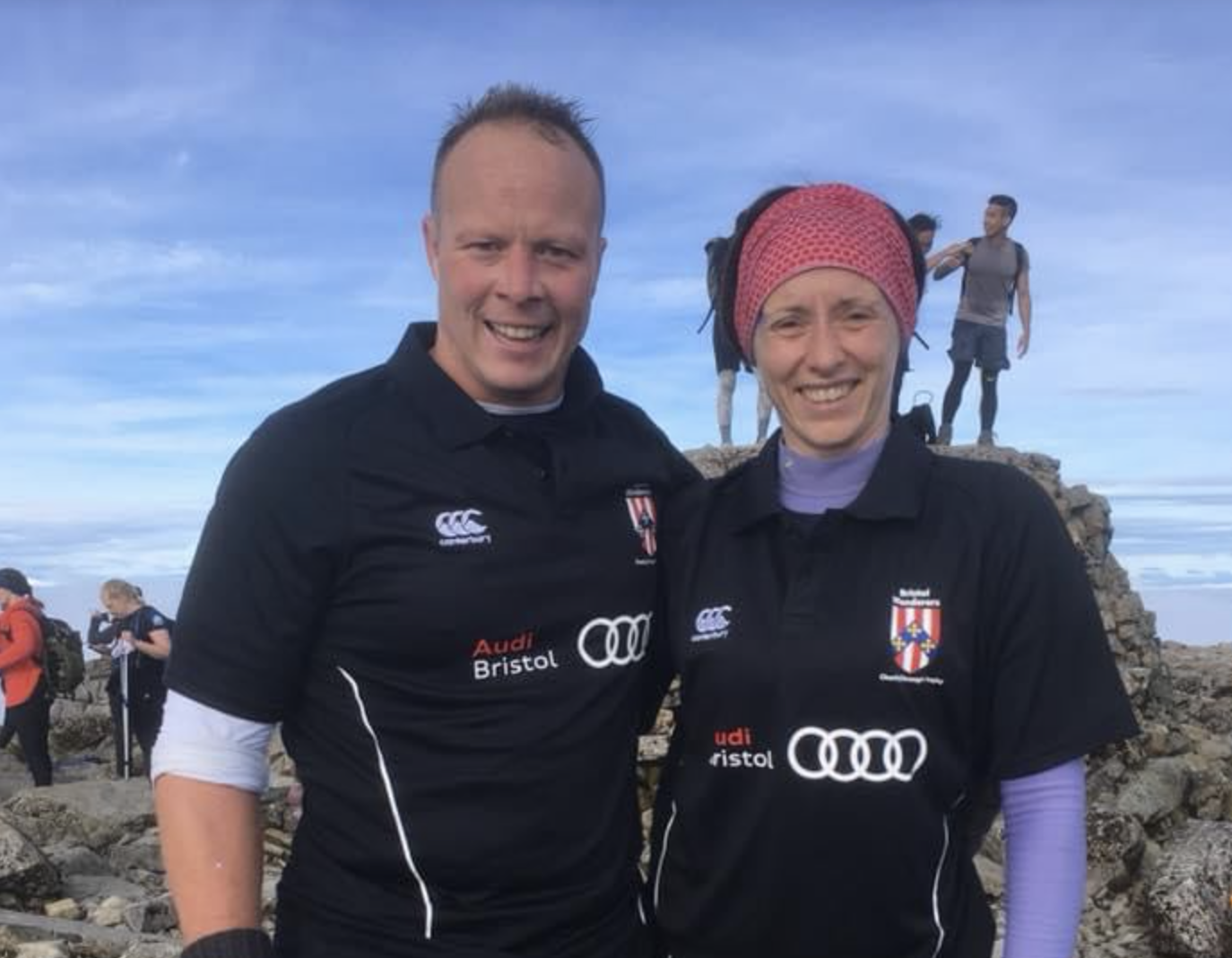 One of the country’s biggest rugby hotbeds will soon have didi rugby classes on its doorstep.

The amazing city of Bristol is the latest venue for a launch of didi rugby and classes are expected to start later in the summer.

Led by a local family team, the Gully’s, Rochelle, Simon and Tyler say they can’t wait to start encouraging the next generation of rugby players to an area that has generated some of the country’s most famous players.

“I was introduced to rugby by my husband and have enjoyed watching him play for two decades,” said Rochelle.

“It was inevitable that the kids would love it too, so I have spent most Sundays in wellies and a raincoat being a supportive rugby mum.

“I can honestly say that being part of the rugby community has given our family a physical and emotional outlet, a shared love and a fantastic social circle.

“We have made life-long friends thanks to rugby and I am really looking forward to supporting a new generation of rugby parents to inspire their little ones to be brave and have fun.”

didi rugby CEO, Vicky Macqueen added: “We’re very excited for our new didi Bristol launch. More young children will now have the opportunity to get involved in our incredible sport.

“Having dozens of venues across the country means that more and more children will be able to get active, have fun, enjoy sport and grow in confidence.

“Simon and Rochelle have been big advocates of didi rugby sine we first launched classes in the Midlands and it is great to have them on board.”

Venues and launch times for Bristol sessions will follow soon.

Bromley are hoping to offer first taster sessions on Saturday 6 August, with Newcastle’s launch likely to be early September.

While Sophie and Hattie Elliott-Edwards will bring loads of energy and excitement to classes in the north-east.

We can guarantee anyone heading to any of our three new venues, that their children will be in very good hands and will be learning to have fun and grow in confidence in safe and positive environments.

Read more: didi rugby is coming to Newcastle and Bromley.