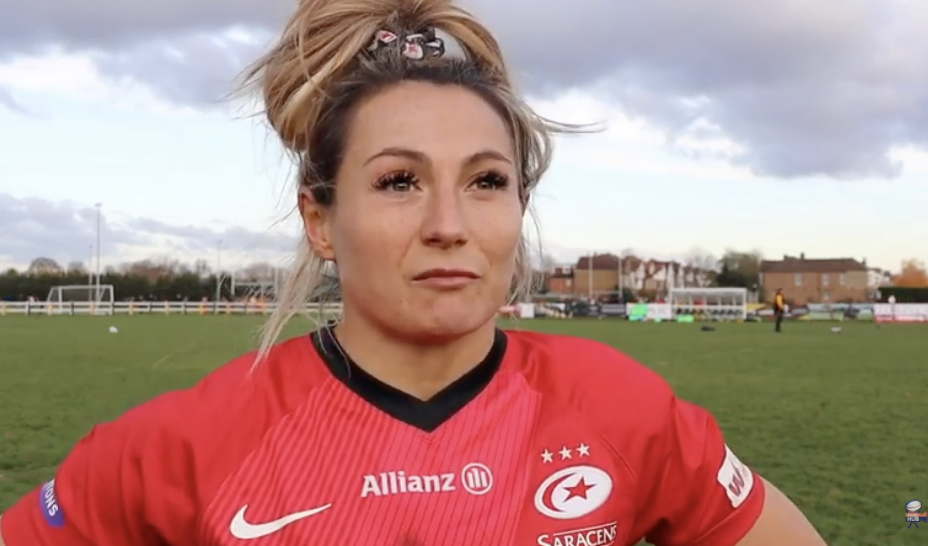 Born in Nuneaton, just up the road from the central hub of didi rugby, Vicky Fleetwood is one of England’s most decorated players.

The 31-year-old hooker has 79 caps for her country and plays for Saracens in the Allianz Women’s Premier XVs.

As a child, she was the UK’s top junior hurdler but eventually got into rugby as a player at the age of 14 after being tired of watching her brother play.

Coming from the same Leicestershire School as England international and didi rugby ambassador Manu Tuilagi, Vicky played for Lichfield before moving to Saracens after England’s World Cup final in 2014.

Despite making her England debut in 2011, she raced to 50 caps in just four years.

More recently, Vicky played an important role in the path to success for her country in the 2021 autumn internationals.

Having had prior experience in personal training and diet and nutrition advising, she has now acquired the title of being a professional rugby player.

Vicky became a didi ambassador because the ethics and ideals of didi rugby are perfect for children’s development.

“I am a huge supporter of didi rugby because I think it is a fantastic way of getting children involved in sport and being active from such a young age. That is vital to their future development,” she said.

“Not only do didi’s staff work on their core skills such as handling, co-ordination and balance during educational games, they will also learn the values of rugby like respect and teamwork.

“In turn, this will build their confidence in their everyday life whether the children go on to play rugby or not. didi rugby will be a positive experience for everyone who gets involved.”

Meet our didi ambassadors: ‘Mo’ Hunt is a fiesty scrum-half with plenty of experience